"Frog Blast the Vent Core" is a phrase used in, and synonymous with, the Marathon series. Explosive simulacrums occasionally shout the phrase as a failed attempt at trying to blend in with the regular BoBs. Since they are only piecing together random words, their nonsense gives them away.

Doug Zartman, who performed the BoB voices, was instructed during recording to improvise a random phrase, and this is what he came up with. It is very popular to say in the text chat of a network game of Marathon; meant more as a joke than anything: the sheer randomness of this phrase means that it can be used at any time.

The phrase has appeared hidden in other games, such as Myth, Tron 2.0, Halo: Combat Evolved, Halo 3, and Oni.

In the Halo: Combat Evolved level, The Maw, Cortana orders you to destroy vent cores using either rocket launchers or grenades. If grenades are used to get the job done, the player would effectively, "Frag blast the vent core"

A Morse code deciphered from the Halo 3 map High Ground also states this.

The website bungie.net contains a hidden reference when you inspect the network traffic in Chrome developer tools. Bungie's server response contains the custom header X-BungieNext-Renderer which contains the phrase Frog Blast the Ventcore. 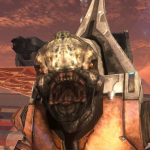 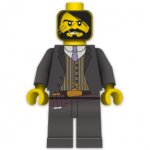